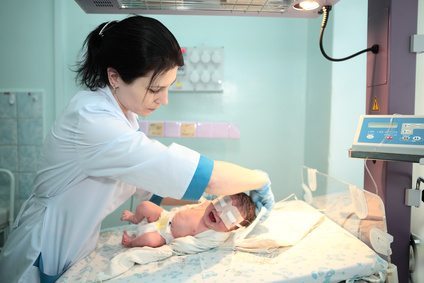 The title is meant to be a bit inflammatory (perhaps the word provocative is more appropriate). One of my favorite medical sites is www.kevinmd.com. I don’t really know who “Kevin” is, but it appears that Dr. Kevin Pho basically opens up the website to articles from health care professionals across the spectrum, from nurses to surgeons and everyone in between. The blog is frequently updated, and the reason it is so valuable is because of the sheer quantity of perspectives offered. For lawyers who make their living helping people injured by the medical profession, it is instructive for us to see the point-of-view of those who provide the care. After all, doctors are people, too. We’ve said this before, but 99.99% of health care providers do not intentionally set out to do harm—much like a car accidents, injuries are typically mistakes. But like car accidents, they usually could have been avoided.

So, it is with much interest that a recent blog title caught my attention: “She took Zofran and her son had a heart defect. Here’s why she’s not suing.” Written by obstetrician Jen Gunter, the post explains her analysis of the evidence about whether Zofran causes heart defects. As background, she was pregnant with triplets and had what might be termed severe and long-term nausea during the pregnancy. When born, one of her babies had a septal heart defect, which is a type of defect found to be more common in babies whose mothers took Zofran (when compared to those who did not take Zofran).

Dr. Gunter, who I’m sure is a very smart doctor (you don’t get through college and medical school without being smart), is not an epidemiologist (someone who studies patterns and causes of disease and injury.) As she indicates in her article, the data at this point is very preliminary—there haven’t been many studies, and the analysis at this point is based on reports that have been provided after the drug was released to the public. Because of a potential problem, the link between Zofran and heart defects will certainly be studied in much greater detail.

Also, she’s a physician in one of the most-sued professions—obstetrics. She may have a particular bias against lawsuits, which is her right. But, her opinion is just that, an opinion. Whenever a child is injured, there is good cause to at least investigate whether an insurance claim or medical malpractice case is possible, and a good option.

Why Bring a Medical Malpractice or Product Liability Claim?

In the case of Zofran, there isn’t likely to be a medical malpractice claim (claim against the doctors), unless the doctor prescribes it and should know that there is potentially a risk of use. A doctor may be able to avoid the risk by giving proper informed consent to the patient.

Now, in these cases, most claims will be made against the manufacturer of Zofran. In most states, the manufacturer is strictly liable for any injuries caused by their products. That means the injured family does not have to show that the drug manufacturer did anything wrong—it is enough to show that the drug causes the harm. That is the status of the law, and the manufacturers willingly make their products knowing that is the risk. It’s a policy decision—we’d rather help out people injured by bad drugs, even if the drug-maker is also innocent. This risk is built into their business, and it is a cost of doing business. They have insurance, they price drugs accordingly, and they seem to make out just fine, in most cases.

Right now, the investigation into Zofran is just beginning. Here’s the reason why it may be wise to investigate this (or any) case. Every state has a deadline to file lawsuits. The date varies from state-to-state—sometimes they are short (like a year), and sometimes they are longer (three to five years is not uncommon, either). A parent who misses the deadline is forever barred from recovery, and they may have to rely on their own health insurance (which may not pay all costs), or even worse, taxpayer assistance (for example, state-funded medical assistance), which places a burden on taxpayers that may be better placed on the manufacturer of the drug. Maybe Dr. Gunter, a well-respected obstetrician, can financially weather the problems associated with a heart defect. But not everyone is in that same position.

So, because the Zofran litigation is still in its infancy, we don’t have all the facts, yet. Lawyers have looked at the data, talked with doctors and scientists about it, and concluded that there may very well be a link between the drug and the injury. As lawsuits are filed, the lawyers will get reams of data from the manufacturer, and they will also have the benefit of other independent studies and research performed on this hot-button issue. By the end of the day, a jury will have everything they need to decide if this is a bad drug, or if the injuries were just caused by random chance.

Even contacting lawyers is not a commitment to file a lawsuit. It doesn’t hurt to explore your rights, and to know what your options are. A lawyer can give you information about your options. Whether a lawsuit is right for you depends on your views, beliefs, and is properly a personal decision. For more information, contact our medical malpractice lawyers at (440) 252-4399 or online.