Cesarean Deliveries and Medical Malpractice – What You Need to Know 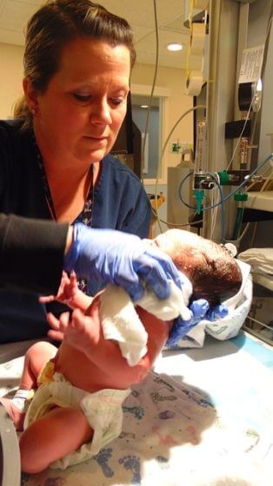 The birth of a baby is one of the happiest occasions in a person’s life. After nine months of anticipation, parents can finally hold their bundle of joy in their arms. But childbirth can be fraught with danger, and if there is negligence by a hospital or physician, the culmination of a pregnancy can sometimes be tragic. Today, we look at Cesarean deliveries and examine whether they are associated with medical malpractice. This article also describes the common types of childbirth injuries and the legal remedies available to you if you are a victim of medical negligence.

A woman can deliver vaginally even if she has had a Cesarean section before. Some of the medical indications for a Cesarean birth include a low birth weight baby, a baby that is too big to fit through its mother’s pelvis, a baby with heart rate variations during labor and other signs of distress, and failure of the labor to progress.

The majority of births take place via the vaginal route. However, as this study shows, in 2013 in the State of California, at some hospitals as many deliveries were performed via C-sections in low-risk women who did not need the surgery and could have delivered vaginally. In 2014, data from the Centers for Disease Control and Prevention (CDC) revealed that more than 30% of all deliveries in the United States are by Cesarean.

A vaginal delivery is natural, whereas a C-section is a surgery. Although natural childbirth is not without its dangers, when performed unnecessarily, a C-section exposes a woman and her baby to the risks of major surgery. C-sections can quickly become complicated and preventable mistakes can be made.

CDC data has shown that maternal complications associated with labor and delivery are highest in women having their first Cesarean section and lowest in women with vaginal deliveries and no previous Cesarean. Women who gave birth vaginally after a previous Cesarean delivery have a lower rate of complications than women who gave birth by repeat C-section.  Of course, C-sections often become necessary due to maternal and/or fetal factors.

So, in essence, the data shows that C-section births are associated with maternal or fetal complications during labor.

Lots of things can go wrong if an obstetrician deviates from the standard of care. Some of the most common injuries incurred during childbirth include:

If either you or your baby was injured after an unplanned Cesarean section, you can seek legal help. If you suffered complications as a result of an untimely C-section or from poor decision-making during childbirth, a medical malpractice attorney can help you claim compensation for your losses.

Under HIPAA (the Health Insurance Portability and Accountability Act), a hospital cannot refuse to provide you with copies of your medical records and other documentation related to your delivery. By looking at your records, a medical malpractice attorney can advise you whether there’s enough evidence to support your claim, and if so, who is liable, the physician and/or the hospital.

Once you go ahead and file a lawsuit, it is not uncommon to obtain additional records. The doctors, nurses and hospital administrators will then have to provide depositions under oath in your attorney’s office in the pre-trial period. You may be advised to concurrently file a complaint with the state medical board. Experts in the field of childbirth may need to be hired to carefully scrutinize the series of events leading up to the injury. The doctor and hospital will either settle out of court or your lawsuit will go to trial.