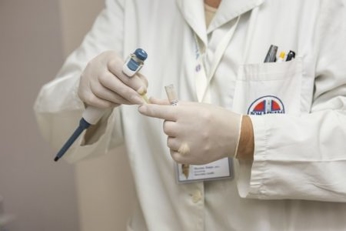 Everyone fears hearing the words “heart disease” or “cancer” during a doctor visit, as these conditions often are associated with suffering and death. It turns out, there is a good reason we feel that way. In 2012, heart disease caused almost 600,000 deaths, while cancer caused 582,000, making them the 1st and 2nd leading cause of death.

However, you might be surprised to learn the 3rd leading cause of general death: Medical errors. That’s right, an astounding 200,000 to 400,000 people die each year due to preventable medical errors.

Why Do We Not Talk About Medical Errors?

With a death rate that high, you’d think we would be up in arms about medical mistakes taking innocent lives. Instead, it is something that has been swept under the rug for the most part.

What Can Be Done?

Not a lot has been done to prevent deaths due to medical mistakes in the past, but that is slowly changing. For example, the federal government has recently reduced Medicare payments in an effort to “punish” or “fine” hospitals that have a large infection metric. An infection metric is the number of people that procured a serious infection as a result of their stay in a hospital. Geisinger Medical Center in Danville, Pennsylvania had three such cases. A recent report The Center for Medicare & Medicaid Services announced that 721 hospitals were going to be penalized for their above average hospital-acquired conditions. You would hope that incidents of Hospital Acquired Infections (HAI) were few and far between.

However, data shows some 722,000 patients will acquire some serious infection as a result of their care, 75,000 will die as a result.  And HAIs are just one of many conditions that fall under medical error.

A 2014 Senate hearing revealed just how big of a problem medical errors really are. The Subcommittee on Primary Health and Aging underscored the impact of losing human lives on a daily basis, and also revealed it cost the nation an astronomical $1 trillion each year. Subcommittee Chair Sen. Bernie Sanders said the following about the issue:

“The tragedy that we’re talking about here are deaths taking place that should not be taking place.”

Another speaker, Ashish Jga, MDM who is the professor of health and policy and management at Harvard School of Public Health, felt the number of needless deaths was simply unbelievable; he referenced a 1999 report by the Institute of Medicine entitled “To Err is Human.” He said the following about the findings:

“When they first came out with that number (deaths due to medical error), it was so staggeringly large, that most people were wondering, could that possibly be right.”

What Makes Medical Mistakes Worse Than Other Deaths?

Of course, the real reason why death, infections or long term injuries due to medical errors are so bad is the fact that they are avoidable. However, no one can control what a doctor does to treat them or choose the care they get while in the hospital. In fact, we all trust that the medical professional treating us knows what they are doing and take comfort in their years of experience and wisdom. We just hope they don’t make an error that costs us our lives- or our baby’s life.

What Can You Do?

Obviously, much of the battle will have to be fought at the federal or state level to hold doctors and hospitals accountable when they don’t do their job as they should. In the meantime, though, if your loved one died as a result of a medical mistake, you should contact us to discuss if you have a case.  We’ll explain all your legal options at a free consultation.