Research has shown that psychological trauma has lasting effects on human beings. The ramifications are, not surprisingly, evident during childhood development and all the way through adult life. Now, studies are showing a direct link between birth injuries and long-term psychological problems.

In its mother’s womb, a baby grows comfortably, floating in warm fluid, surrounded by darkness and the reassuring sounds of its mother’s heartbeat and muffled voice. At the time of delivery, the baby must push and squeeze through a narrow canal in the mother’s adrenaline-charged body. Add to this a long and difficult labor, a forceps-assisted delivery, or a life-threatening situation, and the birth experience can become extraordinarily traumatic. 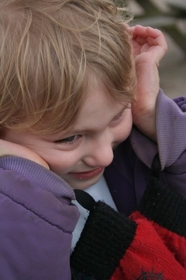 The trauma associated with a difficult birth becomes imprinted on the as-yet immature mind of the newborn. Although the infant has an unconscious mind, these early experiences become the blueprint on which future psychological development takes place. Psychologists believe children who had difficult births are more likely to be angry, aggressive, and anxious compared to children who had easy births.

Babies with birth complications are frequently placed in a NICU (neonatal intensive care unit). The trauma of the birth is thus compounded by a separation from the mother. This effect on mother-child bonding so early in life has a major influence on the child’s psychological development later in life. Psychologists report obvious links between oppositional children and angry or anxious adults and difficult birth experience.

Researchers at Harvard University and Brown University published the results of a study in 2011 showing that the circumstances of a baby’s birth can predispose it to autism. In other words, children who have a difficult delivery have a higher chance of developing autism compared to children who are born uneventfully. The results of 60 studies were combined in this meta-analysis. The researchers concluded that there is a strong link between the prevalence of autism and a traumatic birth.

Studies have also shown a link between a traumatic birth and developmental delay including attention deficit disorder and autism. In fact, it is estimated that at least 80 percent of children who suffer from developmental delay have a history of a difficult birth. This is not surprising since the skull and spine of an infant are exposed to considerable compressive force during birth. When the mother’s labor is contracted or the delivery is difficult, structural compromise to these areas of the baby’s body can lead to long-term effects on the nervous system.

Timely intervention is critical when it comes to limiting the psychological effects of birth trauma. As the child grows, behavioral, academic, and developmental problems will need to be addressed. In such children, a proactive approach can go a long way in averting more serious psychological problems.