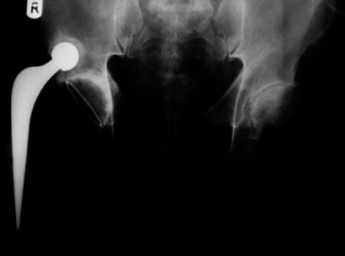 In the United States, the Food and Drug Administration closely monitors the design, manufacturing, and marketing of medical devices. Faulty pacemakers, implants, surgical instruments, and orthopedic hardware can lead to injury, illness, and death. The FDA regularly reports adverse events and medical device recalls to alert the general public as well as health professionals and ensure the safety of patients. Among the products the FDA monitors are components and implants used in hip joint replacement surgery.

According to CDC data, in 2010 more than 300,000 Americans underwent hip replacement surgery, up from approximately 138,000 in the year 2000. Patients with painful hip arthritis undergo the procedure in which the hip joint is replaced with artificial plastic and metal components. These hip implants, typically composed of metals such as cobalt, chromium, and titanium, mimic the natural ball-and-socket function of the hip joint.

In recent years, the FDA has issued a number of market withdrawals and safety alerts for hip implants, including:

Dangers and Side Effects of Defective Hip Replacement Hardware

Compared to ceramic or plastic components, metal-on-metal hip implants (in which the ball and cup are both metallic) are more durable. However, metal-on-metal implants have been linked to a number of serious medical complications, including:

Hip implant manufacturers are liable under product liability law to compensate patients for the health consequences of defective or dangerous implants. Product liability claims for defective hip replacement implants can be complicated and must be handled by experienced attorneys who understand the law.

Image via National Institute of Health