Two doctors at The Cleveland Clinic were recently accused of over-prescribing opioids to their patients, which led to the accidental overdose deaths of three people. The Becker Law Firm is representing the family members of those victims suing The Cleveland Clinic for corporate negligence by failing to adequately oversee its doctors’ prescribing practices and the doctors for malpractice in over-prescribing their patients. 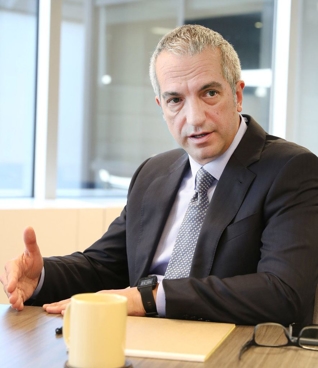 One of the three victims, Martin Maurer, a father and grandfather who worked as a long-distance truck driver for 35 years suffered serious chronic pain caused by accidents in his youth and the daily rigors of his job. According to his children, he underwent a fusion of vertebrae, shoulder surgeries, had a knee replaced, and suffered from rheumatoid arthritis. He was prescribed at least four serious medications – Xanax (a benzodiazepine), Vicodin (a hydrocodone), Percoset, and OxyContin (both oxydodone).

"We could see it, we knew there was an issue," said Maurer's son, Brian, a Marine Corps veteran and one of four children in an interview with Cleveland.com. "Anger, sadness, emotional episodes, anxiety. His doctor heard our warnings, but he didn't change his prescriptions."

According to attorney Romney Cullers, Maurer wasn’t the only one to show clear signs of addiction disorders and substance abuse issues prior to their deaths. All three people were in danger, and Cullers stated that these warning signs were ignored by their doctors, Dr. Suresh Reddy and Dr. Michael Hackett.

"He was our Dad," said Krista Maurer, one of Martin’s two daughters. "Yes, he had an addiction, but that didn't change the person he was… You could see he was struggling. It was obvious to us that he was being overprescribed.”

The opioid crisis is one of the deadliest problems people in the United States face today – an estimated 72,000 people died from opiate overdoses in 2017 alone, and trends indicate that the problem is only getting worse. Between 2002 and 2017, the number of people killed more than tripled, and millions more people are addicted to prescription painkillers and other types of opioids.

"Drug addiction is a disease, not a behavioral choice, and people who have this disease have families who love them and are trying to save them," Cullers said. "When physicians and healthcare systems are feeding this disease instead of treating it they need to be held accountable."