In the United States, wrongful maternal and fetal deaths are often the subjects of malpractice litigation. But would it surprise you to learn that a woman is more likely to die during childbirth in the United States than in Saudi Arabia, Iran, China, or Libya?

According to UNICEF, globally, two women die during childbirth every minute. Yet, while maternal mortality rates continue to improve in developing countries, a disturbing trend has emerged in the United States. In 1987, maternal mortality was roughly 7 women per 100,000 births. By 2011, this number had risen sharply to 18 maternal deaths per 100,000 births. According to the World Health Organization, half these deaths are preventable.

The statistics for newborn babies are equally stark: The CDC reports that the infant mortality rate in the United States is approximately 582 deaths per 100,000 live births.

To address the persistent problem of maternal and infant mortality, the Bill and Melinda Gates Foundation has partnered with USAID and other agencies to spearhead Saving Lives at Birth: A Grand Challenge for Development. The program encourages people to develop transformative treatments that could potentially save thousands of lives. Here are 3 audacious inventions from some of the brightest minds across the globe:

A plastic bag that suctions a baby trapped in its mother’s birth canal? The idea is so simple that it sounds a little reckless. But Jorge Odon’s device is well on its way to becoming a viable birthing aid. The Argentine car mechanic built the prototype after watching a YouTube video on how to remove a cork from a wine bottle. He tested the idea on a doll in his kitchen.

The Odon device consists of a lubricated sleeve over a plastic bag. The bag can be inserted into the birth canal, inflated, and used to grip the baby’s head to pull it out. This method is associated with a lower risk of infection than forceps and vacuum extractors. It is less invasive than a cesarean section. The device is still being tested for safety, but doctors may soon have another tool to assist with obstructed labor. 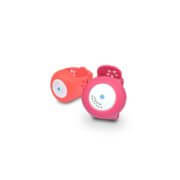 Pre-term and low-birth-weight babies are at great risk of hypothermia (low body temperature). Even a slight drop in temperature puts these tiny infants at risk of brain damage and death. In the United States, such babies are usually monitored closely in a NICU (neonatal intensive care unit). However, in developing countries like India, such specialized care is a luxury for most people and preterm babies often do not survive.

Expecting an exhausted new mother to constantly keep a check on the baby’s temperature is not practical. Bempu, an Indian company, has developed a bracelet that accurately measures the infant’s temperature around-the-clock. The bracelet flashes a red light and sounds an alarm if the baby’s temperature drops too low. This $27 device provides protection for the first two months of life when the risk of hypothermia is highest. 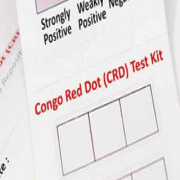 Many Americans first heard of pre-eclampsia when a popular character died during childbirth on the TV series Downton Abbey. Pre-eclampsia complicates up to 8 percent of pregnancies. Identifying it in expectant mothers requires a battery of expensive automated diagnostic testing. The Urine Congo Red Dot test offers a low-cost and accessible solution to high-risk women in developing countries.

The test strip is made of inexpensive paper, similar to the type used in mailing labels. The entire kit costs less than 4 cents to produce. This innovation enables early screening, which is often the critical different between life and death in women with pre-eclampsia.