Wrongful Death of the Mother

The death of a mother leaves a void in a family. She won’t be there for her newborn, her other children, or her spouse. Her family loses her irreplaceable love and companionship, her guidance and support as a parent, as well as any income that she may have provided for the family.

If a mother in your family has died as a result of medical negligence, our maternal death attorneys in Ohio will help you learn what went wrong and who was responsible. With medical experts on our staff and a team of physicians employed to understand every aspect of your case, we know the right questions to ask to get to the root of whatever negligence or medical malpractice occurred.

If you aren’t yet ready to speak with us directly, we’ve gathered facts about birth injuries to mothers that are important to know you decide how to move forward and seek full justice for your family.

Being a Mother Is Becoming More Dangerous

Carrying and giving birth has always posed a risk for women. As recently as the 18th Century, roughly one out of every 100 pregnant women died during childbirth. Thanks to medical advances, this risk has greatly declined. By 1990, one maternal death occurred for every 6,000 live births in the United States.

Over the last three decades, however, the rate of maternal death in the United States has been steadily rising. In 2015, roughly one mother died for every 3,750 live births. The United States is the only developed country in the world where the rate of mothers dying during pregnancy and birth has been increasing, and we now have the highest maternal death rate of any developed country in the world. From the beginning of pregnancy to approximately one year following delivery or termination, American women are three times more likely to die than women in Canada and six times more likely to die than women in Sweden.* 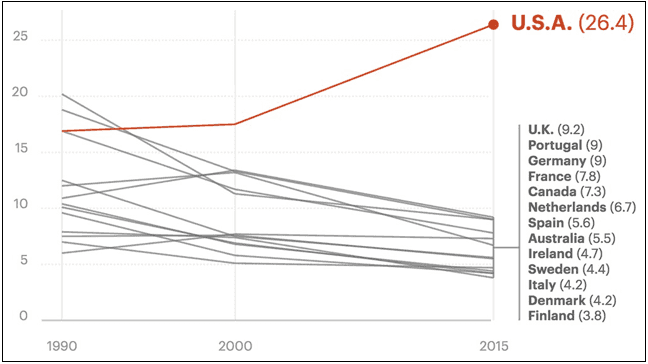 *These statistics only reflect maternal deaths and not the negligence-related injuries suffered by other pregnant women.

Some of the different types of potentially catastrophic injuries that mothers may suffer before during, and after birth include:

TELL US ABOUT YOUR CASE

Contact The Becker Law Firm to Fight for Full Justice

If you or a member of your family is a mother who has been the victim of a birth injury and you fear it may have been the result of medical negligence, please contact us today. You don’t have to go through this alone. We can help you find answers and we will fight for you and your family.

You can use the contact form on this page or call us at (440) 252-4399 to schedule a free initial consultation. The Becker Law Firm accepts cases on a contingency basis, meaning you will not be charged unless we win your case.

The easiest way to know if you have a case is to contact The Becker Law Firm directly and speak with us about what happened. If you suspect that a birth-related injury or wrongful death of a pregnant woman in your family could have been prevented or was caused by malpractice or negligence, please contact us today.

You can use the contact form on this page or call us at (440) 252-4399. We offer free initial consultations to clients and accept cases on a contingency basis, which means that you pay no legal fees unless we win your case.