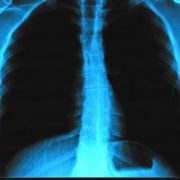 At some point in our lives, we’ve all looked for something – a cell phone, a pair of eyeglasses, a bunch of keys – and found it hours later sitting right under our noses. “Why didn’t I see that before!” we think. Yet, when a radiologist fails to see something that’s right there, the consequences can be far more dangerous. A radiologist’s interpretation of an image plays a critical role in the diagnosis and treatment of serious medical conditions such as cancer. An error can mean the difference between life and death.

A 2015 report by Medscape revealed these trends about the nature of lawsuits against radiologists:

Diagnostic errors are the most common type of radiological errors. These are observer errors, meaning obvious abnormalities were present on a radiograph but were overlooked by the interpreting radiologist. In fact, a missed diagnosis of a fracture or tumor is the most common reason for a radiologist to become the subject of a lawsuit.

Another type of negligence by radiologists is an interpretation error. This means the radiologist identified something on a radiograph, but incorrectly deemed it normal. Such an error can result in delayed diagnosis of an abnormal lesion, such as a tumor. Interpretation errors can occur on account of inexperience or carelessness. Errors in judgment or incorrect diagnostic conclusions that cause harm to a patient are grounds for a malpractice lawsuit.

Radiologists frequently performed image-guided interventions, and complications during radiological examinations, such as vascular injuries during angiography or other invasive procedures, can give rise to a malpractice claim.

This type of radiological error occurs when an abnormality is correctly identified, but the radiologist fails to advise the referring physician and the patient about the appropriate course of action. It is noteworthy that although a patient’s treating physician is more than likely aware of what needs to be done about an abnormal finding, it is still the radiologist’s responsibility to communicate appropriate recommendations.

It is the duty of every radiologist to send a written report to the referring physician. If a failure to communicate findings in a timely and appropriate manner results in an adverse outcome for a patient, the radiologist can be held liable. Notably, radiologists are also liable if the communication is not properly documented.

The Pitfalls of Tele-Radiology

A decade ago, it was common to find a radiology suite next to the ER, but not anymore. As this NBC report demonstrates, radiographs of American patients may now be read halfway across the world, sometimes with devastating consequences. As digital films are passed around like batons in cyberspace, there is no direct communication between the interpreting radiologist and the treating physician. This makes it challenging to connect the dots and see the bigger picture.

Making the blurry distinction between incompetence and unavoidable adverse events is not always easy. For this reason, radiology malpractice lawsuits are challenging to prosecute. Generating a settlement is difficult, but not impossible. If you think you have been harmed by the negligence of a radiologist, get in touch with a medical malpractice lawyer today.